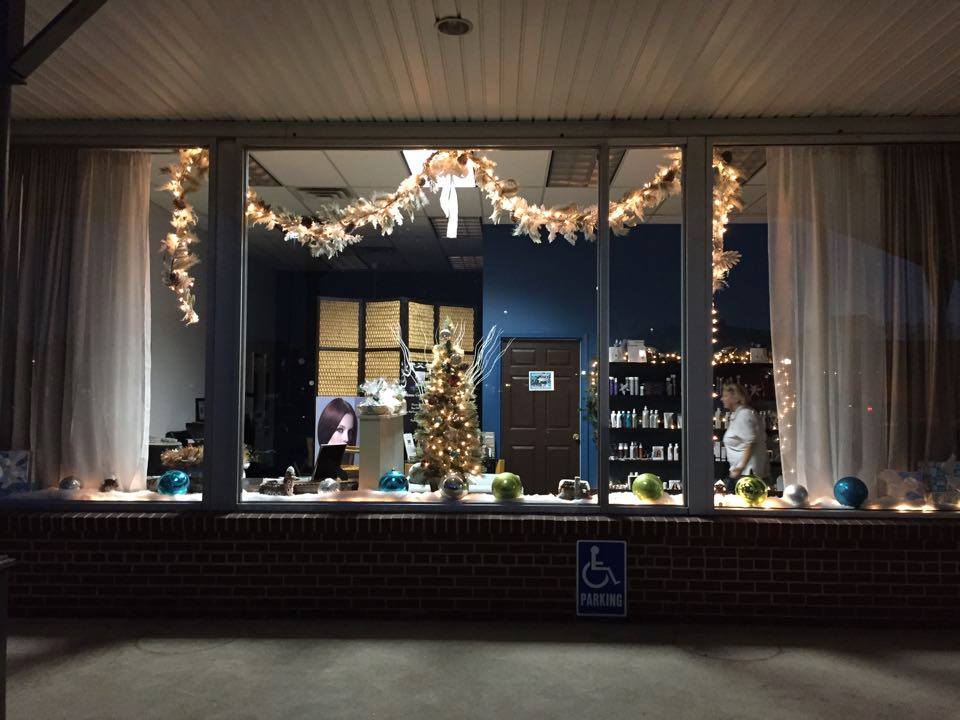 As a salon owner, Jessica Ahlquist knows a thing or two about overcoming adversity. The 2007 purchase of what is now Water Stone Hair and Spa immediately went to litigation when Ahlquist discovered the previous owner had sold her a bill of goods. Then the 2008 recession hit. Four years later she lost an employee to a rare heart condition, and shortly after that she suffered a traumatic brain injury in a car crash. “I had to re-learn how to walk and talk,” says Ahlquist. Owning a salon, it turns out, is anything but easy.

What kept her going through all these hardships?

“Faith,” says Ahlquist. “That is my core essence. That and the team around me. I never did it alone. We never faltered, and we held each other up.”

Meant to be a salon owner

Ahlquist credits her aunt for turning her onto the salon business from an early age. “She went to cosmotology school in Vermont,” says Ahlquist. “I was her guinea pig for everything and got completely drawn to the business.”

At beauty school in Laconia, NH, Ahlquist proved a quick study and was hired by a salon nine months before graduating. She started off putting orders away and running the desk but soon found herself managing many aspects of the salon. The owner offered her a partnership in the business, but Ahlquist had other ideas. “I wanted to branch out, and get more experience in the world.”

For her that meant moving to Washington, D.C. and taking a job at an Aveda hair studio. There she took classes for skincare and hair and found herself managing the salon when the owner had a family crisis. Again she was offered to partner on the business, and again she declined. “It was time to move back and settle on the seacoast [of New Hampshire],” says Ahlquist.

After stints at two more New Hampshire-based salons and a short spell as a booth renter, an ad popped up in 2007 for a salon sale in Portsmouth, NH, and Ahlquist took that leap of faith towards owning a salon.

That leap turned into a sudden fall when Ahlquist, after just days as the new owner, soon learned the previous owner had been less than forthright in just about every aspect of the sale. “She lied about everything,” says Ahlquist, who filed a lawsuit and had an accountant look over the books. “There was no staff, no clients, no revenue. The owner had basically breached the entirety of the contract.”

Despite this setback, Ahlquist moved forward and established the LLC for her new business, Water Stone.

Revenue dropped as clients spread out their appointments. Ahlquist found herself pulling 12 hour days to pull her fledgling business through. “With every single client I was trying not to cry,” says Ahlquist, who recalls finding herself 12 feet up a ladder, painting and renovating the space while suffering from walking pneumonia and bronchitis. “We just had to suck it up.”

Slowly, Ahlquist built her business and learned the ropes of owning a salon.  “I didn’t understand how to be a business owner,” she says. “And I realized I was interviewing wrong.”

That realization led to what is now her three-part interview process, to which she credits her current long-standing team of employees. It break downs like this:

1| The first interview is done in person, in the spa. In Ahlquist’s mind, comfort is key. “We want them in a relaxed state. That’s when you really get to see who they are.” With their marked-up resume in front of her, Ahlquist dives into questions to learn more about the interviewee. “I’ll ask them ‘What inspires you most?’ and ‘What do you not like?” says Ahlquist. “If I can create a custom experience for them here in the spa, they’ll have an opportunity to let their creativity flourish.”

2 | In the second stage of the interview process, Ahlquist will have the prospective employee bring a family member or friend to the salon and demonstrate their skills. “I want to see what you got,” says Ahlquist. That could mean cutting technique and coloring skills but it also gives Ahlquist the opportunity to see how the prospect greets and interacts with a client. If this goes well, the interviewee moves into the final step.

3 | The last step of the interview process is all about integration with the existing team at Water Stone. The prospect picks a day and spends that time immersed completely in the salon, buddying up with employees and experiencing the whole energy and environment at the salon. “I want to know if they’re going to gel with the team,” says Ahlquist.

It says everything about her emphasis on team that the final decision on a new hire is made as a group. “We’re a family,” says Ahlquist. “That’s what we are.”

Overcoming early setbacks and a recession in year one of owning a salon forced Ahlquist to adapt and roll with the punches, and she’s continued that mindset to this day, which has included setting aside her old schools ways and embracing technology.

“I’m a book and pencil girl, so I fought it for a long time” she says on her decision to adopt SalonTarget’s management software at Water Stone in 2014. “But it has completely transformed how we do business. Our receptionist loves it because it makes her better at her job, and clients love getting the appointment reminders. The online booking has boosted business and it has really brought us together collaboratively.”

Ahlquist was quick to point out that SalonTarget’s payroll features freed up a lot of her time. “It was the first time in seven years I didn’t have to do it by hand. I have a life now!”

Ahlquist also notes social media channels like Facebook and Instagram can be powerful tools for new stylists to show off their skills. “They can be great leaping platforms if you’re just starting out,” she says, recalling her days of putting together a look book using a glue stick and cut out photos.

If you’re traveling through Porstmouth, NH, be sure to drop in on Ahlquist and her team or book an appointment in advance.

on the spotsalon owner
Related Posts

Visit SalonTarget at Next Level 2019

Calling all New England salon & spa professionals! Next Level 2019 is just around the…

Win the Day With the Morning Pow-Wow